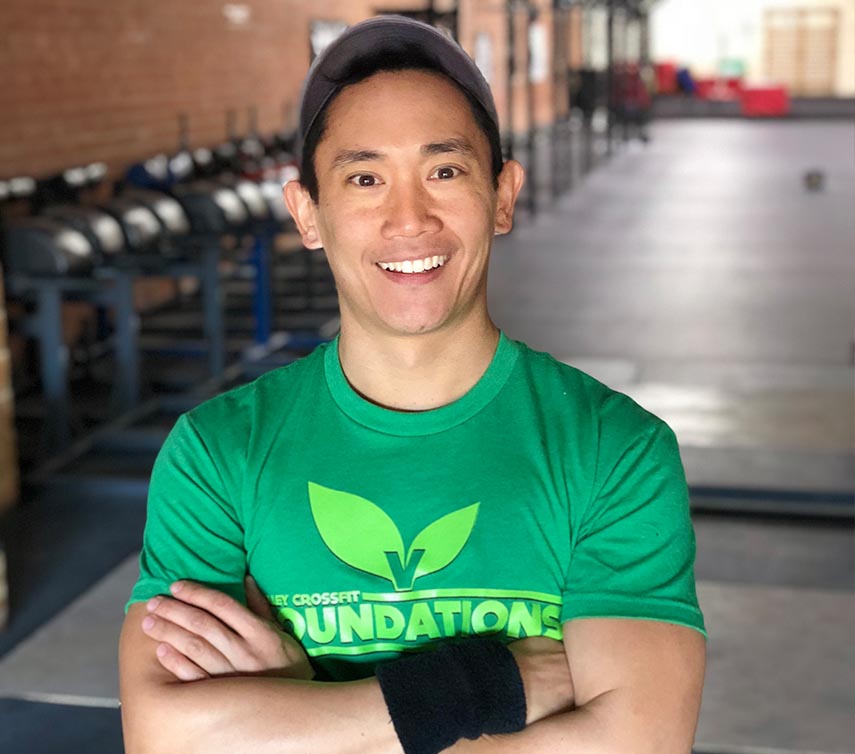 Coach Thai Tran started CrossFit in 2010 looking for a way to deal with the stresses of his tech industry career of the time. Little did he know that not only would it improve his health and well-being, he would take to it so completely and find many like minded people that quickly became his family. Birds of a feather as they say.

A couple years ago, as he climbed deeper down the rabbit hole, he began coaching a few of our weightlifting classes. It was an opportunity for him to try something he thought he might excel at ever since his second year programming professor, Mr. Pope, suggested he try. Since then, he has been increasingly more responsible for the direction of this community coaching many of the Foundations, Mixed and Specialty classes.