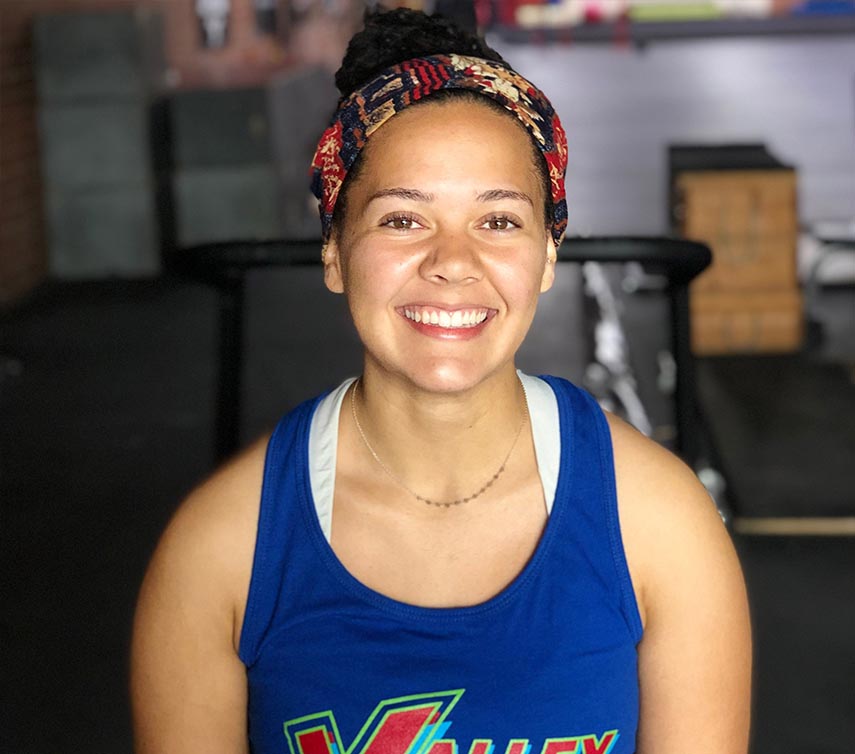 Coach Mikaela Clark got her first taste of CrossFit in 2013 when she was only 16 years old. Her high school crew coach thought it might be an excellent way to keep the team’s fitness up during their off season so he enrolled them in a boot camp style program at a local CrossFit gym. By the end of their summer, Mikaela and a few of her friends decided they liked the program so much, they would become members and start training consistently.

When she graduated high school, Mikaela moved to Southern California from Seattle to study Psychology &amp; Spanish at Pepperdine. She graduated last year, having spent time abroad both in Argentina and Spain, and now works as a manager for SunLife Organics when she is not politely demanding her athletes give her a better effort in their training. While she figures out her next steps, she appreciates the opportunities training and coaching CrossFit has provided her. From physical and mental bulletproofing, to the friends she has made along the way, CrossFit has created a hugely positive force in her life and she plans to take full advantage of the insights her fitness has provided.