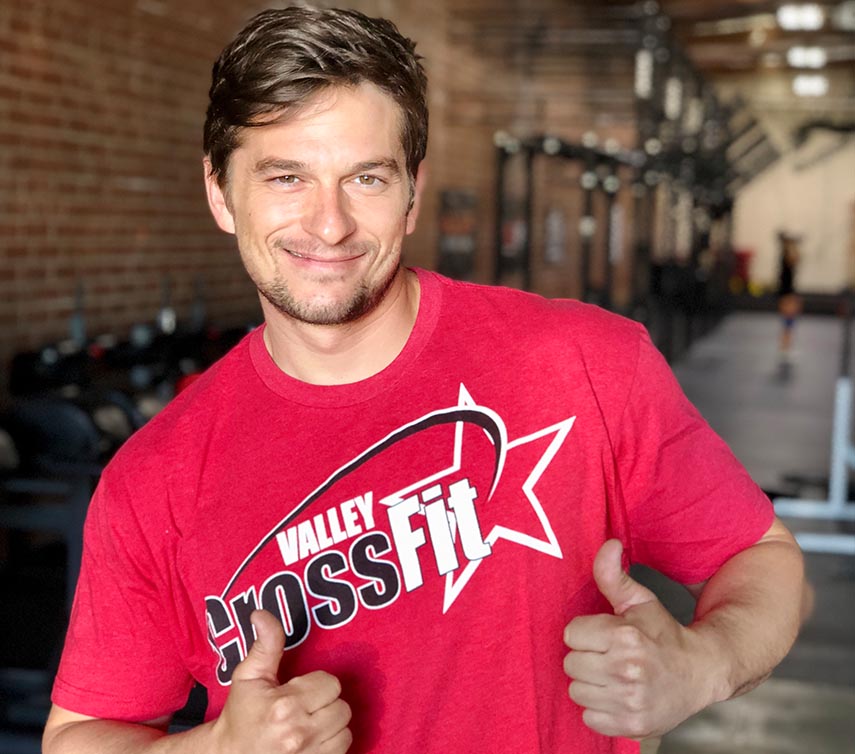 Coach Mark “Metski” Miscione is our resident stunt man, parkour practitioner, martial artist, professional jester, and all-around movement master. He began his CrossFit excursion in late 2011.  He was first turned onto CrossFit by his now fiancé Madison when she invited him to attend the CrossFit Games with her that summer. However, he turned the invite down because “who really wants to watch people exercise for fun.”  At the time, CrossFit was still relatively unknown and had not fully gained mainstream acceptance as a respectable form of exercise, let alone sport.

As the year went on, and Madison pushed him to join her, he overcame his initial hesitation and gave it a try.  Growing up, his parents pushed him to participate in every sport that he possibly could alongside his always competitive brothers.  This made for a relatively smooth transition into the ultra-competitive VCF of that time with his aptitude for movement and the existing group of people that were exploring the fringes of competitive exercise.  Today, between jobs as an Avenger, he spends much of his time training and occasionally takes care of our weekend crew of veterans and younglings. However, be warned! Don’t let his carefree demeanor fool you as he will just as likely no rep a 5 year old as he will go full jaguar and beat you in a workout, as long as it doesn’t have thrusters…or pullovers.