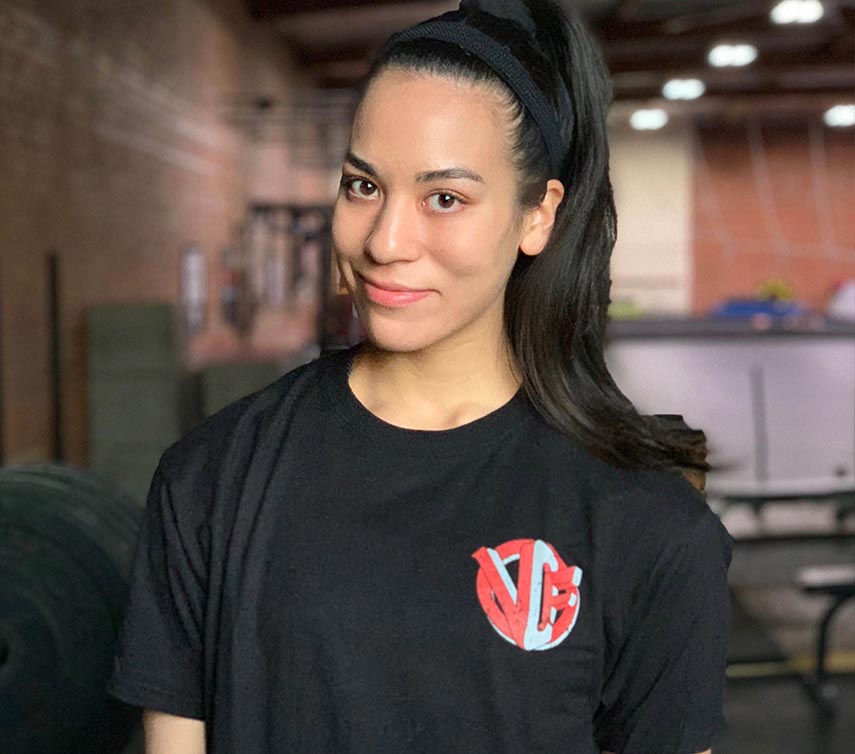 Coach Hope Glenn began her CrossFit practice in 2012 at the relatively young age of 17 with her even younger sister Charity.  Growing up, she was a high-level competitive gymnast, but her career came to an abrupt end when she badly broke her back.  The doctors were certain that she would never walk again but she battled through surgeries and therapy to get herself to where she was able to not only walk but prosper in things, she was told she would never be able to do.

Embodying the principles that CrossFit was founded on, she has reclaimed some of the balance, coordination, agility, strength, flexibility, she once had while consistently pursuing new sports and movement practices.  From Indo-Board tricks, to Parkour, to even choking someone out every once in a while, in jiujitsu, she is about as adventurous as one gets with their fitness.  She has come an incredible way as an athlete and coach from when she first started and is one of our most creative coaches.

She acknowledges that without fitness, she would be missing out on a tremendous aspect of what it means to be human.  For Hope, movement truly is medicine.